Tips on Starting a Secondary Fermentation

If you are not attempting to trigger a secondary fermentation, you are most likely looking to add a conditioning phase to your brew. This phase isn’t necessary for many beer styles but let’s discuss when you should follow this procedure.

Should you use a secondary fermentor?

For most ale styles that do not have a high starting gravity, a secondary conditioning phase in a separate vessel is not necessary. In our experience, it does not improve the quality of an ale with a starting gravity less than 1.070.

By following any if not all of these techniques, you will be well on your way in your quest for clearer beer without the need for a conditioning phase.

Another point to keep in mind after primary fermentation, the beer is ready to move to the next phase – kegging or bottling.  Either phase can have a condition element to it to help you get to clear beer nirvana.

If you are kegging your beer, after the transfer from the fermentor, chill the keg down in your fridge or keezer and then start your carbonation process with pressurized CO2. In a week or two of conditioning and force carbonating, you will be drinking clear beer.

If you are bottling your beer, prime and cap your beer and keep it somewhere where typical room temperatures last all day long.  After two weeks, your beer should be carbonated.  Once it’s carbonated, you can condition the beer in the bottle by storing it in the fridge for another two weeks if you want to have clear beer.  If you don’t want to be patient, you can start drinking it then.

So for most ale styles, you can skip the secondary and still get clear beer.

For lager styles, using a secondary condition phase is a necessary step. 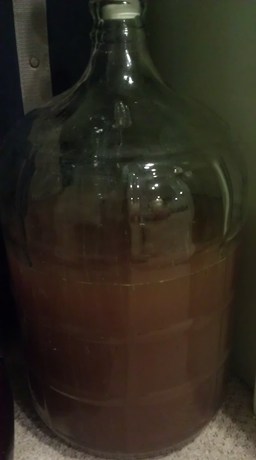 Read this post about how and how long to lager your beer.

Check out our post on primary fermentation as well.

We hope you learned something from this post about secondary fermenation and secondary conditioning phase. There is more information about this topic around the internet but we hope that our little slice of it helped you out.