I wanted to pass along this anecdote. I was out to dinner with the family last night and my father in law ordered wine. It was from the Willamette Valley in Oregon.
My father in law, who lived in Oregon for a few years, was pronouncing the name of the valley and it took me by surprise. I told him there’s a hop variety with the name “Willamette” and I always pronounced it:

He told me there’s a saying in Oregon for people who mispronounced the name:

Now for the hop profile:

Willamette hops are a hybrid of the English Fuggle hop that were released by the USDA in 1976 and are named for the Willamette Valley where the majority of Oregon hops are grown.  The valley is on the 45th parallel which is closer to that 48th parallel that is noted as the place where hops grow the best because of the distinct seasons and the length of the day in the summer season.  They are a popular American flavor hop variety known for their earthy aroma and pleasant taste in a finished beer.

Aroma: Described by sources as mild having an herbal, woody, and earthy aroma.  Some fruit notes are also detected in some beers.

Typical Usage: For the most part, an aroma hop. Flavoring was also a primary use. Willamette hops can be used in ESBs, Pale Ale, Porters, Stouts. If there is a recipe that calls for Fuggles, try using Willamette instead for a more fruity aroma and flavor. Other possible hop substitutes include US Fuggle and Styrian Golding. 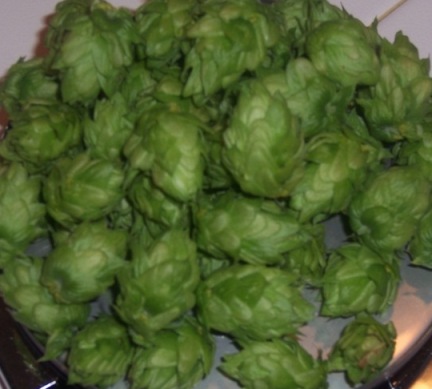