On Saturday morning (10/6/07), Mike and I went up to Nashua, NH to brew on premise at IncrediBREW.  I had a gift certificate that I got last Christmas from my wife and son which I finally got around to redeeming….ah almost 12 months later.  🙂

Another dude (Brian) came along to brew for the first time. 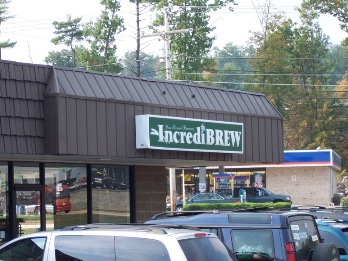 The only time they had available for brewing beer in the morning was 9AM, which was the hour they opened on Saturday. We got there a little late since Brian was a little tired from the Red Sox playoff game that he attended the night before (The lucky sonavagun).

The layout was logical and clean. They had a number of kettles ready for brewing. 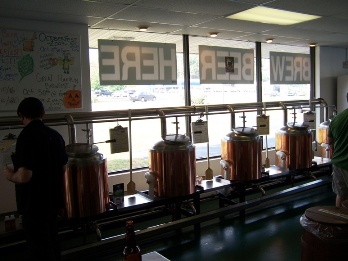 We let Brian pick out a recipe. He found a brown ale in the book, which was called Greg’s Peculiar…which looked to be a clone recipe of this beer.

Again, we let Brian gather most the ingredients and learn as much by doing the brew.

This recipe called for light and dark liquid malt extract that we got out of large barrels with huge spigots. 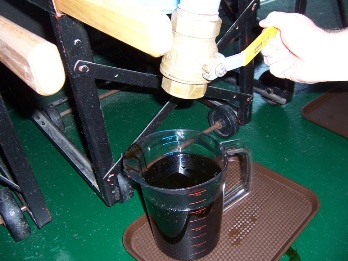 Some other ingredients of note were molasses and brown sugar. The recipe called for three hops additions for bittering, flavor, and aroma. The only hops used for this recipe was Fuggles, a traditional English hop variety that is described as mild and spicy. There were other specialty grain which were steeped 30 minutes before we started the boil.

Once the steeping was done and all the other ingredients were gathered, we were ready to brew.

Here’s a video of Brian adding the liquid malt to the kettle:

We boiled for 40 minutes, which is shorter than usual for a homebrewer and added hops at the beginning of the boil (for bittering), with 10 minutes left to boil (for flavor), and at the end (for aroma).

The wort was then cooled and sent into a large plastic bag within a large plastic barrel for fermentation. We need to go back up there in two weeks to bottle. All and all, it was a good time and Brew Dudes recommended. If you go there, tell Dave we said “Hi!”. 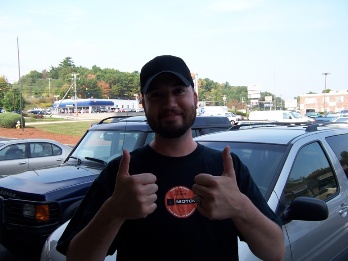