One of my mother in law’s favorite beers is Spaten Optimator. 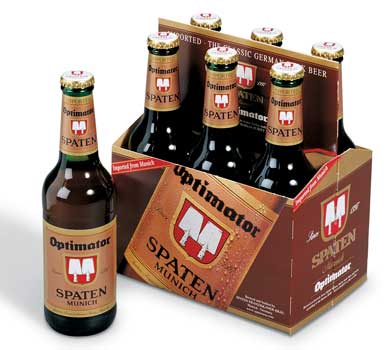 I searched for a while for a clone recipe for this beer, but I didn’t find anything that satisfied.

It’s a doppelbock, so I guess I could find a few doppelbock and wing it.  Making a doppelbock might be a good first lager to make since it is so malty.  I think I would have a better chance in making a drinkable beer.

Here is my attempt at a Spaten Optimator Clone recipe.