These two Brew Dudes were supposed to have an epic (ok – just slightly less than epic) brew session tonight. At the end of it, we would have a Dusseldorf Alt with homegrown hops and an 8 gallon oatmeal stout batch that would be split in half, racked to two separate vessels, and fermented using two different yeast strains.

Alas, not tonight. UPS has done me wrong.  I have had a homebrewing ingredients delivery mishap.

I can’t say I know what happened. In the eyes of Brown, they have delivered the malts I bought from Northern Brewer. The online proof of delivery states they left it on my porch but it was nowhere to be found when I got home from work.  I have three porches and all of them were clear of any boxes.

My wife was home at the time and no delivery was made.

So instead of focusing on the yes-we-did/no-you-didn’t argument (slightly better than a he said/she said one), I am stuck with solving the stone cold fact if not having any malts to brew my Altbier.

A frustrating situation to be sure, but I think it’s impacting me more because I want to have this Alt done by Thanksgiving. It’s becoming a sort of tradition to have the homegrown hop beer ready for that holiday.

Traditions – why do you have to do them every year?

Let’s solve the problem: The latest solution I have is to buy the malts again – somewhere nearby where I can physically take them home with me and brew some time soon.  Man, I hate paying for something twice.

The package has been reported lost and UPS is searching for it. I guess if they find it, they will deliver it to me. Northern Brewer has told me they would ship out another box if UPS can’t find it, which is awesome. Hopefully it doesn’t come to that.

If they do send out another shipment (and it actually gets to me), I will have to figure out what malts I can use for the Dopplebock that I plan to brew before the end of the year. I guess I could brew another Alt but I would rather stick to the plan…

Until this sitch is resolved, my mood remains to be: 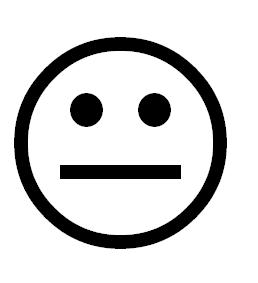 Have you ever had a homebrewing supplies shipment go missing?

UPDATE: UPS came through and delivered my package late Friday afternoon a few hours after this post went up.

The lost package tracer did work!